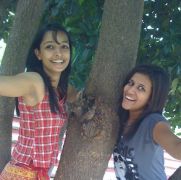 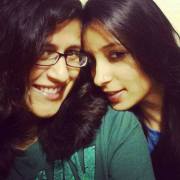 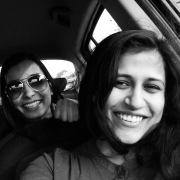 She’s a paradox. She’s one of the smartest people I know but sometimes she tends to act like a moron. She’s my soul sister because she knows me better than most people claim to. She can read me like a book while to most, I believe I’m like a locked closet. Some of the best times I’ve had in my life have been with her.

I don’t know who I am yet and with her I don’t have to pretend that I do. To any regular Joe I might seem quite sorted and driven but she might be the only one alive who knows how nonplussed I really am. She infuriates me and forces me to think even when I really don’t want to. She’s as unhinged as I am but we make it a point to never be deranged at the same time. Once in a blue moon, those times overlap, and all hell breaks loose after which we can sit down and enjoy a coffee without a second thought.

Friends, I have. But friends who don’t judge me for my mistakes, laugh at my idiocy, and then say it’s going to be fine? Those are numbered and she’s top of the list. People interest me, they surprise me at every point. There are people around who you think will be around for life but they disappear at the oddest of moments. With her, I have no doubt. I secretly like chic-flicks and she might be the only one who knows that. Sappy songs are my jam and she sings along with me. I haven’t read Hitchhiker’s Guide to the Galaxy and all she did was suggest it.

She can build you up, she can break you down, she can shatter you and she can love you with every fiber in her body. Her words can hurt like a knife to the chest, but no one would know that unless they push her to her final form. She’s a math equation not everyone can solve, in fact, most people can’t. She can make me laugh like a lunatic and her tears make me want to weep like a baby. She’s stronger than she lets on, even if sometimes she loses her shit. Because everyone loses their shit sometimes but that never stops her even if she pauses for a second.

“Sometimes in life there really are bonds formed that can never be broken. Sometimes you really can find that one person who will stand by you no matter what. Maybe you will find it in a spouse and celebrate it with your dream wedding. But there’s also the chance that the one person you can count on for a lifetime, the one person who knows you sometimes better than you know yourself is the same person who’s been standing beside you all along.” Bride Wars taught me a lot. It taught me that she’s my person. Period. I don’t think there’s anything else I could say for her to know how important she is to me. It’s just that. She’s my person.

So let’s just say we’ve tolerated each other for a long time and I have a feeling we can tolerate each other for much longer.There you have it. The perfect description for a far from perfect friendship. But i guess it doesn’t have to be perfect to be extraordinary.